SLMARAD aims to maintain a registry of highest quality.

SLMARAD has developed an innovating online system to ensure an efficient monitoring of vessels registered under this Administration. 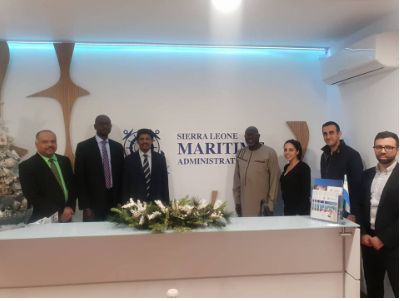 IMSAS commenced from 1 January 2016, with the aim of determining the extent to which the Member States give full and complete effect to their obligations and responsibilities contained in a number of IMO treaty instruments. The mandatory IMO instruments included in the scope of the Scheme cover safety of life at sea (SOLAS 1974 and its 1988 Protocol); prevention of pollution from ships (MARPOL); standards of training, certification and watchkeeping for seafarers (STCW 1978); load lines (LL 66 and its 1988 Protocol); tonnage measurement of ships (Tonnage 1969); and regulations for preventing collisions at sea (COLREG 1972).

Get 30% Discount on Posidonia new entries